Professional Experience
Ms. Snowa was appointed Vice President / General Manager of United States Sales Corporation (USSC) in October 2007 and Executive Vice President in 2012. Heather accepted the challenge to bring further innovation and execution in managing the agency’s Account Executive Team, a well as providing oversight for the global sales organization. She has an extensive history at USSC as a member of its Account Executive Team.

Prior Experience
Heather’s background includes two years as President of HELM Mortgage Company and eight years in the banking industry. During this time she managed numerous call centers in various management leadership positions with three institutions. She was promoted to Bank Officer at Signet Bank in 1996.

Other Activities
Heather has served as past President of the Hampton Roads American Logistics Association (HRALA) board and continues to serve on this board. Furthermore, Heather represents USSC as a member of ALA Nationals Exchange Council. She is also an advocate for Autism Awareness and serves as a member of a number of local and national chapters.

Other Personal Information
Heather was raised in Norfolk, Virginia and is the parent of a son, Taylor. 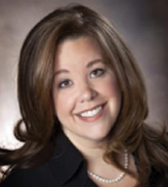